A Look Inside DC's Most Exclusive Country Clubs

Have you ever wondered where Washington DC's elite go to unwind? Our nation's capital is home to dozens of luxurious country clubs, but only a few are worthy of hosting presidents, dignitaries, and some of the city's most notable residents.

We're giving you a sneak peek inside some of DC's most opulent country clubs to see what makes them so extravagant. Gorgeous fairways, jaw-dropping amenities, and rolling acres of quiet countryside await at these exclusive destinations—let's take a look at a few of them. 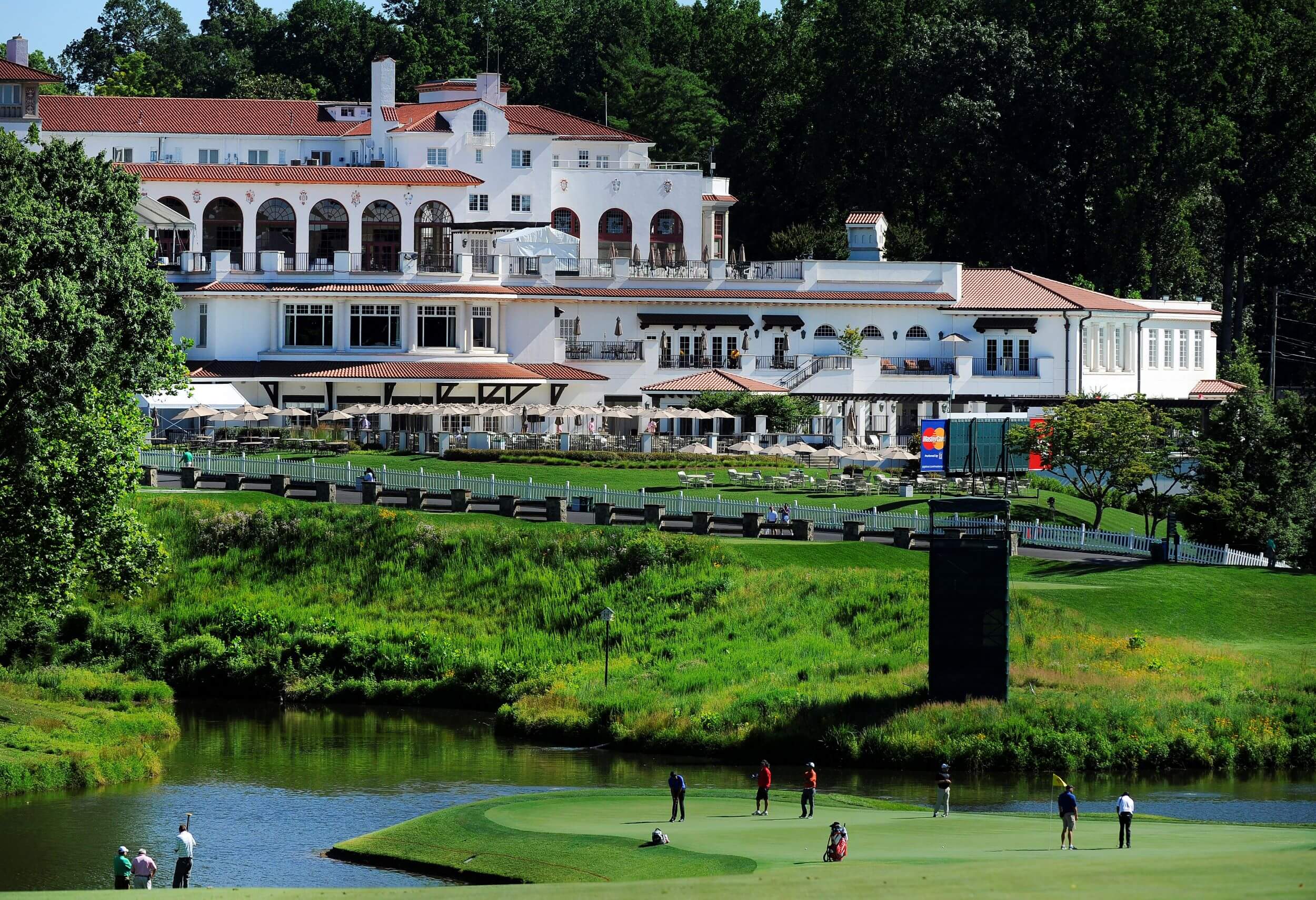 Photo Courtesy of The Golf Channel

Known for hosting multiple PGA tournaments, the Congressional Country Club is held in high regard by DC natives and golfers from around the world. Major members of government have hit the links at this spectacular club, with past visitors including former Presidents George H. W. Bush, Bill Clinton, and Barack Obama.

Congressional Country Club features two 18-hole courses: the Blue Course (par 72), which is known as one of the best courses in the country, and the Gold Course (par 71). Both showcase tree-lined fairways, notably tough greens, and gorgeous yet challenging water hazards.

Of course, no country club is complete without a host of opulent amenities, and Congressional Country Club has plenty to offers its members. In fact, it's home to the largest clubhouse in the country, which was designed in 1924 by Philip M. Jullien. Other amenities include a grand ball room, a fitness center, two pools, eight casual and formal restaurants, and much more.

Eager to become a member? Currently, Congressional Country Club's initiation fee is $120,000, and there's a 10-year waiting list...so you may have to wait a while. 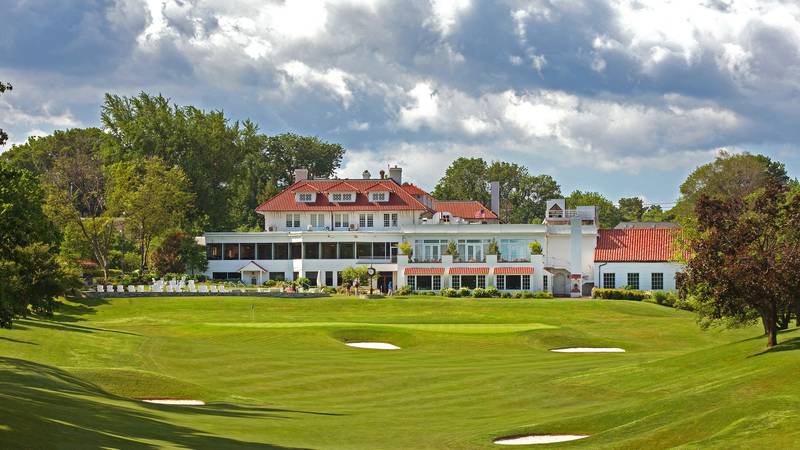 Photo Courtesy of the USGA

Nestled just a half hour away from DC in the picturesque suburb of Chevy Chase, the Columbia Country Club has served as one of DC's premiere golf and social clubs since its establishment in 1898. Five-star generals, journalists, CEOs, and even former President Barack Obama have golfed here, and it's known as a haven for DC's elite.

Columbia's par 70 course is sure to impress even the most discerning golfers with its hilly fairways and unique setup. To earn a top score, players are encouraged to focus more on style instead of shot distance. In fact, almost every hole features extreme upward or downward slopes, and the 16th hole even has a three level green with two pot bunkers.

Unsurprisingly, members of the Columbia Country Club also gain access to a suite of amenities and services. The outdoor tennis courts and fitness center are ideal for those looking to stay active. The club also has an indoor and outdoor pool, multiple dining facilities, and even a child minding facility for younger members. 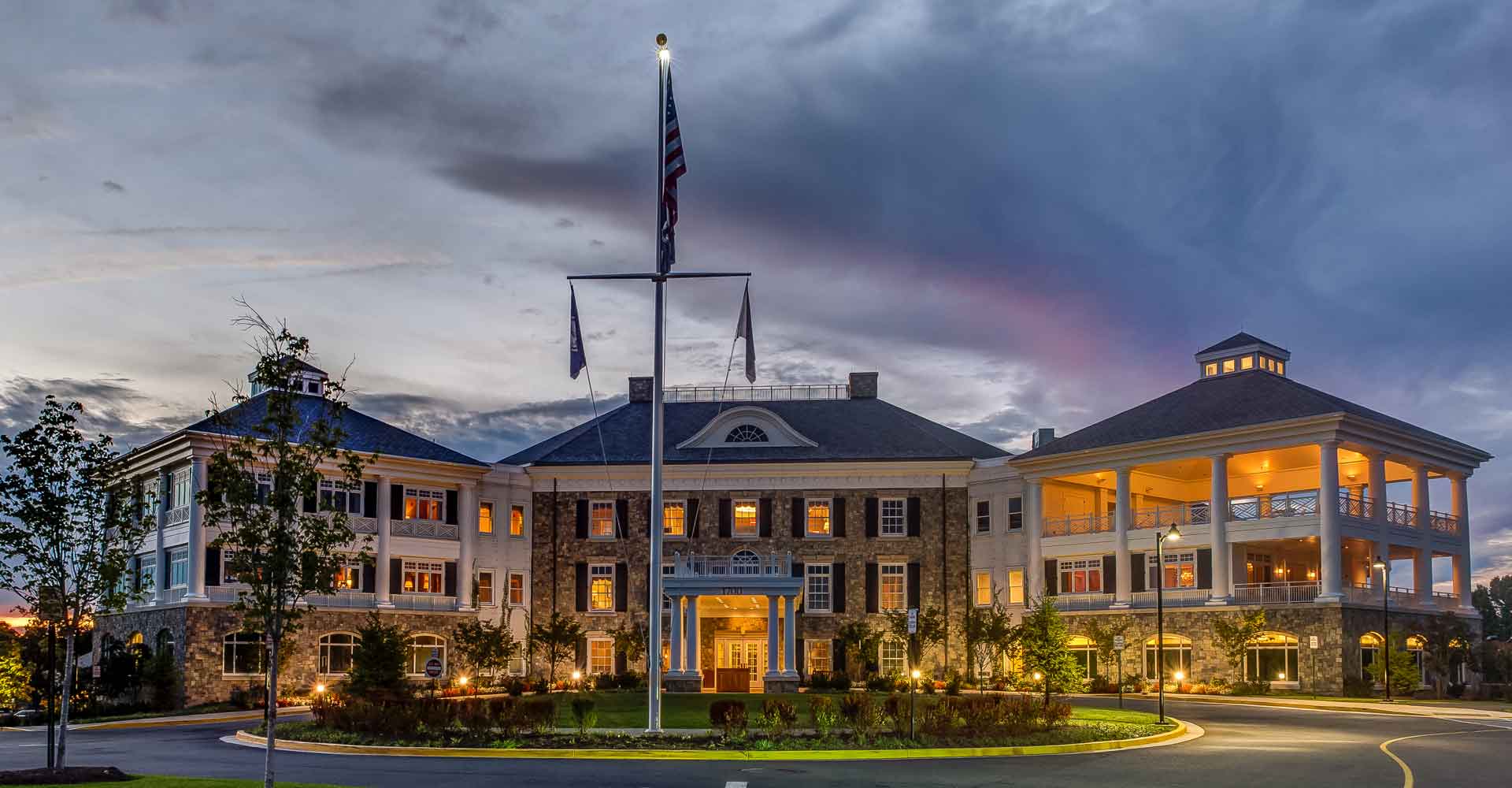 Established in 1924, the Army Navy Country Club serves as an oasis for civilians and active duty military members alike. Two ideal locations in Arlington and Fairfax create lush backdrops for golfing, socialization, or just pure relaxation. And to top it all off, this club also offers plenty of luxe amenities and has the only LEED Silver certified clubhouse in the Mid-Atlantic.

The Army Navy Country Club's signature courses offer golfers 54 championship-caliber holes. Members can choose from the traditional style of the Arlington course, which even challenged former President Dwight D. Eisenhower, or the more modern design of the Fairfax course. There's also a pro shop with fitting services, as well as customized private and group clinic instruction.

After enjoying a game of golf, countless fantastic amenities await at both clubs. However, the Arlington location showcases some of the club's grandest facilities—the 5 Star Ballroom, the Sun Room formal restaurant, and multiple pools are just a few highlights. The club also maintains a packed social calendar with events all year round. 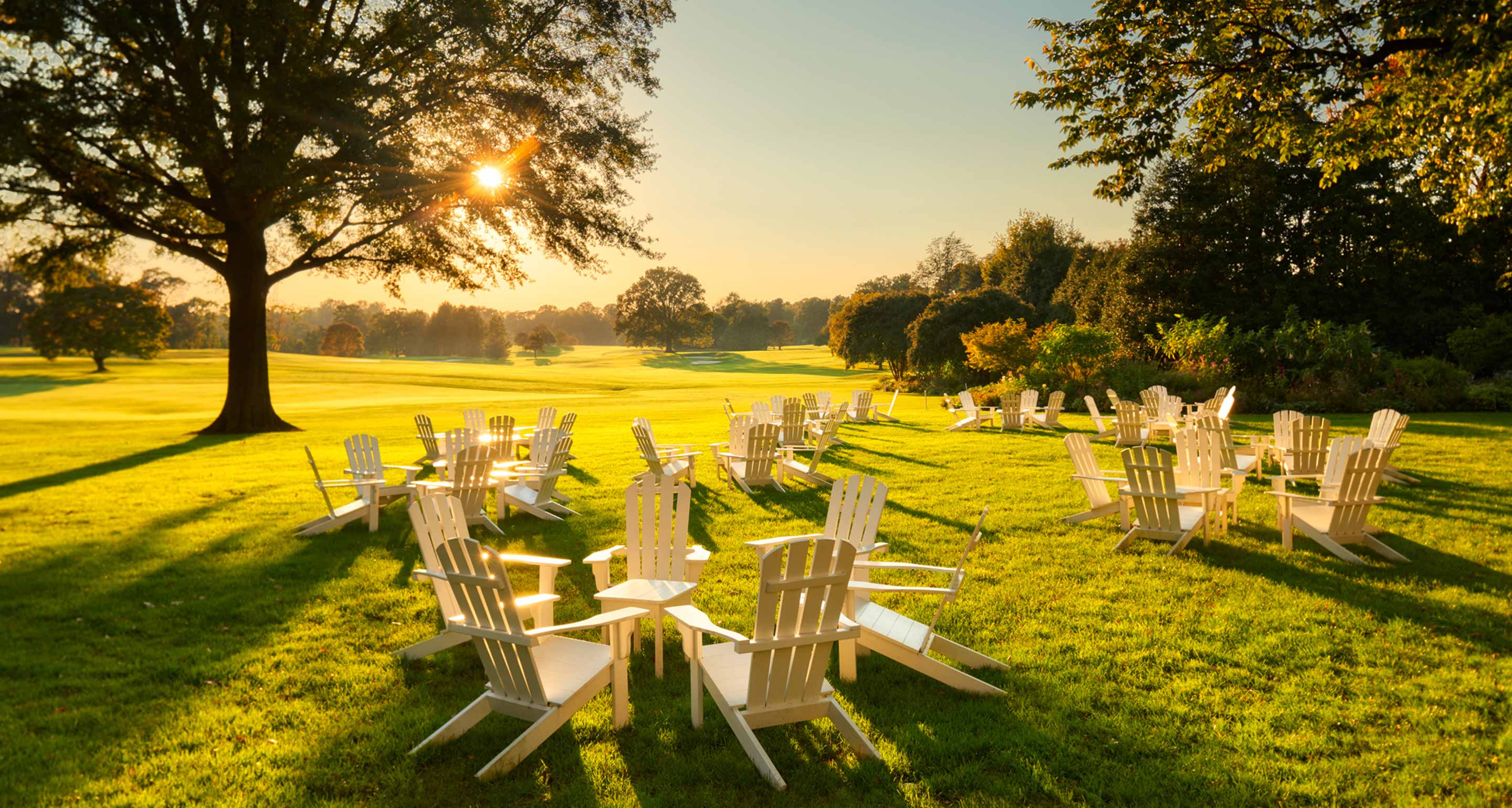 Picture yourself relaxing in an Adirondack chair, taking in the countryside views, or enjoying a round of golf. It's all possible at the Chevy Chase Club, a distinctive social institution established in 1892. Its ideal location in the heart of Montgomery County feels worlds away from the hustle and bustle of DC, yet the city is just a half hour away.

Chevy Chase's professional caliber course was originally designed by Donald Ross in 1910, but has undergone many changes during the last few decades. These 18 holes provide a difficult yet rewarding experience that's accessible for masters and novices alike, and the course has been recently restored to its classic configuration.